Koulibaly was an Everton target while Carlo Ancelotti was the manager before he left for Real Madrid this summer and his successor Benitez has told the club to retain the player on the transfer list according to English publication Team Talk. It was revealed that Napoli want big money for Koulibaly and that the Toffees have not been able to meet up the fee demanded by the Italian Serie A club.
END_OF_DOCUMENT_TOKEN_TO_BE_REPLACED

Soumare has a lot of suitors in the Premier League including Merseyside giants Everton. Apart from Everton, other English teams like Newcastle United and Arsenal also wanted to sign the Lille midfielder.
END_OF_DOCUMENT_TOKEN_TO_BE_REPLACED

Walcott’s current Everton contract is set to expire at the end of the season and from all indications, it’s not looking like he will be offered a contract extension, meaning that he will be a free agent in the summer and will be free to discuss contract negotiations with clubs that eventually register interest in signing him.
END_OF_DOCUMENT_TOKEN_TO_BE_REPLACED

The Colombian international revealed in one of his live streams on Twitch that he’s ready to return to action after a few weeks out as a result of injury. This is a welcomed development for Everton boss Carlo Ancelotti who has seen his team lose the last three games in all competitions and with just one goal to show for their efforts in those games. Carlo Ancelotti and Everton have missed the playmaking abilities of James Rodriguez.
END_OF_DOCUMENT_TOKEN_TO_BE_REPLACED 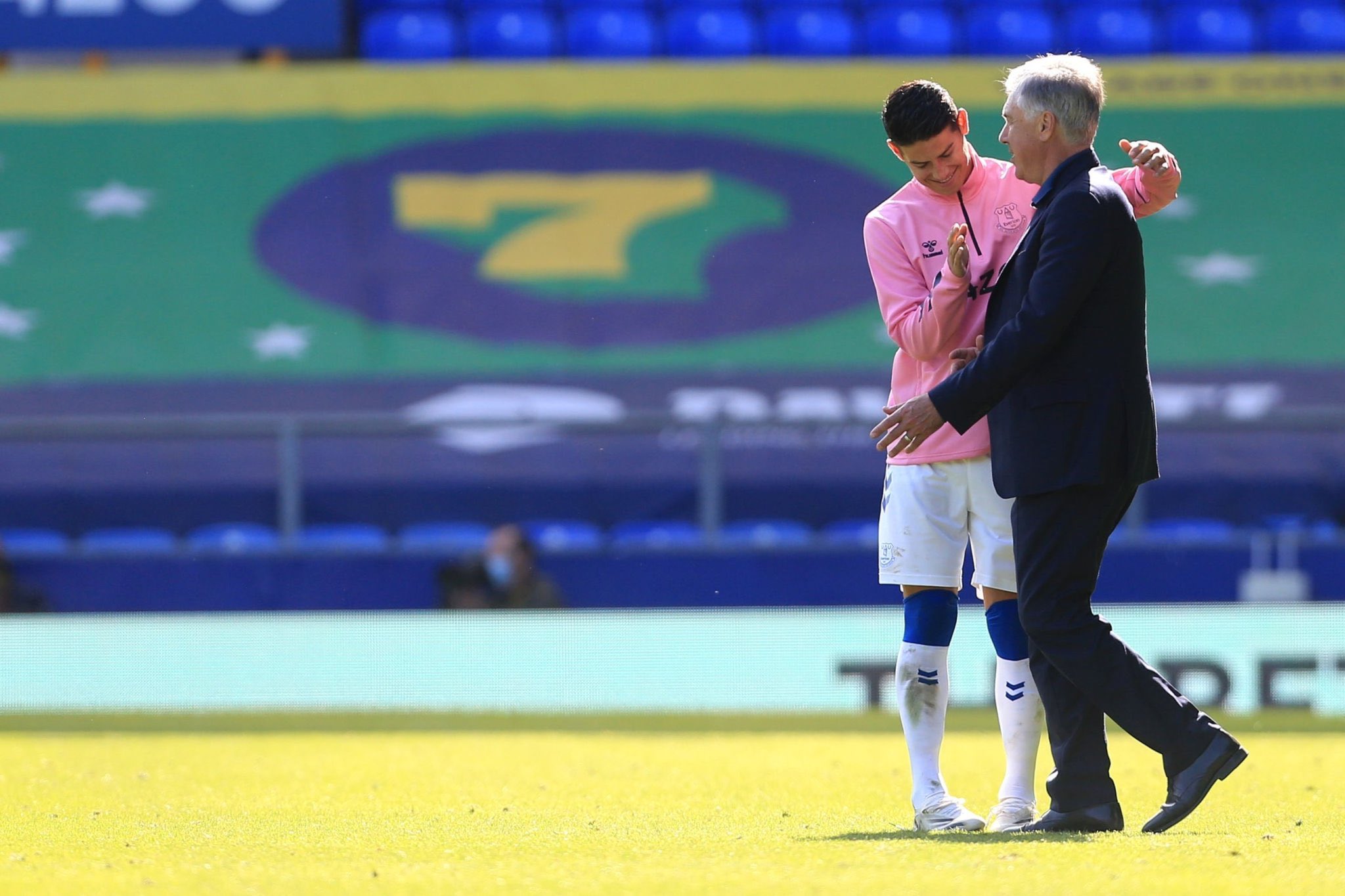 It is very easy for the momentum to be disrupted by focusing too much on the latest defeat, according to the Everton manager. The club have a home match against Rotherham United in their upcoming game. This game in the FA Cup gives a perfect opportunity for Everton to get into the fourth round of the competition for only the second time in the last five seasons. The FA Cup has not provided any joy for Everton in recent years butCarlo Ancelotti is already targeting a trophy with the blues and top four qualification. As a result of facing a Championship team, Everton are being branded as the favourites for promotion into the next round. END_OF_DOCUMENT_TOKEN_TO_BE_REPLACED

On Olsen, Ancelotti told reporters in his post-match press conference after the Burnley game on Saturday afternoon that the Swedish international should be fit for the visit of Chelsea after missing the last two games. In his absence, former Huddersfield Town shot stopper Jonas Lossl has been the back-up goalkeeper to first choice Jordan Pickford in the last Premier League matches at home to newcomers Leeds United and away to Burnley. The goalkeeping department at Everton has its hierarchy with Pickford clearly the undisputed number one, while Olsen and Lossl are second and third respectively. END_OF_DOCUMENT_TOKEN_TO_BE_REPLACED

Now, Ancelotti says that the emergency crisis with regards to the injury has forced him to play the different formation rather than tactics. He has suggested that Everton are likely to stick with the same 3-4-3 formation. The formation turns out to be quite flexible to accommodate a team that is thin in terms of resources. In the match against Leeds, Everton were deploying Alex Iwobi and Tom Davis as a wingback in order to counter for the lack of players. Ancelotti remains determined that the club will be able to see out this difficult period.
END_OF_DOCUMENT_TOKEN_TO_BE_REPLACED

Brazilian international Richarlison was sent off in the dying minutes of the league match between hosts Everton and Liverpool as the two teams settled for a 2-2 draw. That result halted the Toffees’ run of seven straight wins at the start of this season.Richarlison received his marching orders after a nasty tackle on Liverpool midfielder Thiago Alcantara and the Spanish international midfielder has not played for the Reds since that incident.
END_OF_DOCUMENT_TOKEN_TO_BE_REPLACED