Everton boss Ronald Koeman has sensationally refused to rule out a potential move for Chelsea striker Diego Costa, who is very keen on leaving the club in this summer transfer window. 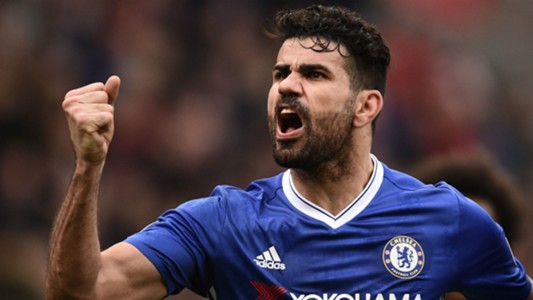 Costa was the top scorer at Chelsea last season as his 20 goals in the league helped the club lift the Premier league for a second time in the last three seasons. However, manager Antonio Conte decided to not make him out of the plans for the 2017-18 campaign and he has been at loggerheads with the club ever since. Costa has been angling towards a move to Atletico Madrid, his former club, but the move has not materialised due to a variety of issues.

Atletico Madrid are banned from signing new players until January. Hence, even if Costa makes the move, he will have to train without any football for the next few months. Furthermore, Atletico are also far away from matching Chelsea’s £ 50 million valuation of player.

Everton, though, are interested in taking the player on a loan deal, which may suit all parties. After having lost Romelu Lukaku for £75 million in the summer, Ronald Koeman strengthened the forward line up by bringing in Wayne Rooney. However, the consensus is that the signing of Costa would be a significant addition and also a statement of intent.

“I don’t know [about Costa]. We are looking at players who are available and if we sign somebody, it is somebody who makes the team better.I don’t speak about names, about players. It is the media who is talking about Costa or other players.But we are looking and we do our job and hopefully, we will arrange it [a striker to arrive] for next week. We need at least two more players, to get numbers up but the most important is to have a striker and one more player because that’s what we need,” said Koeman.