Wayne Rooney thinks they have won against Aston Villa

Wayne Rooney reckons his team should have secured another win in the Premier League last weekend versus Aston Villa.

The Red Devils were on a winning run of 6 matches when they took the ground in that game and despite the fact that they were playing away, they were the firm favourites there because of their form.

And, United did play very well. They were always on top during the game, but, in the 18th minute, the coordination in their defence broke a little bit and that resulted in the all important goal which put Villa ahead by 1-0 in the 18th minute of the match.

Anyone watching that game live would say that United was better, but, at the end of the day, both the teams came out with equal points and that’s what made Rooney so gutted.
Sitting there in the conference hall after the game, there was a perplexed look on the face of the Manchester United skipper.

When asked to convey his thoughts on the game, Rooney said, “I am gutted and I am sure the whole team would be feeling the same. We should’ve got the full points here.”

When asked if he thinks with the opposition being reduced to 10 in the last few minutes, his team had the chance to find that winning goal from somewhere, the striker said, “Well, the moment they lost one of their players, they went ultra defensive. They just wanted to prevent us from scoring. That’s it. But, yes, we’ve got to put a little bit of blame on ourselves as well. Perhaps, we couldn’t finish as well as we would have liked to.”

Can Man City get past Barcelona?

It’s that time of year when we allow ourselves to look ahead at the big games in prospect. And they don’t come much bigger for reigning Premier League champions Manchester City than their two-leg tie versus Barcelona on 24th February and 18th March.

But can City possibly progress against the team that has been the most successful overall in Europe since the turn of the century?

Well the odds suggest they can’t. As things stand, Barca are 4/11 favourites to qualify, with City generally around the 2/1 mark. These look like generous odds for the English champions who are just beginning to play like we all know they can. 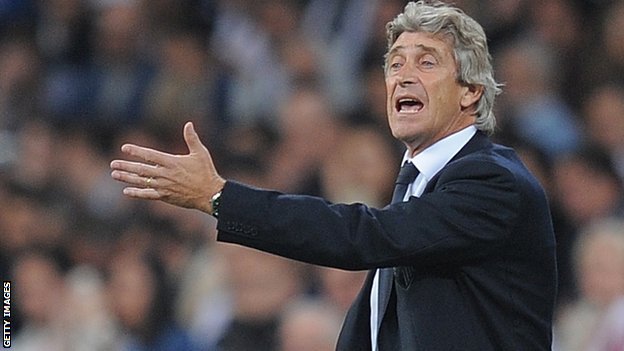 Remember that last year, City beat German champions Bayern Munich 2-3 in their own backyard having come from two goals down to win. This season in the Champions League qualifying stages at home at the Etihad they also came from 2-1 down to win 3-2 against Bayern.

What’s more – the first leg of their two games against Barcelona will be played at home. And though this probably isn’t the way they would have wanted it, this could work to City’s advantage if they can carry a decent lead to the Camp Nou.

So it’s a good value bet. Yes, if you were staking your life on the team to progress, you’d place your bet on Lionel Messi and co. But City have demonstrated they’re capable of beating any team on their day and they’ll be desperately keen to truly prove themselves on the international stage.

Perhaps the shrewder punt then, is to back City to win the whole thing? Currently, they’re available at a generous 16/1 – but those odds will surely be slashed by over 50 per cent should they manage to progress against Barcelona.
Bayern remain warm favourites in the Champions League outright market at a best-priced 5/2 with Bet 365 and others at the time of writing. This may reflect their chances well, but doesn’t offer a huge amount of value for punters.

It’s the same story in the German domestic market. When it comes to Bundesliga betting, we have to be a little creative in our thinking because Bayern Munich will win it! They’re currently 11 points clear of closest rivals Wolfsburg and will surely win it at a canter.

But this may not do them any favours. Yes, it allows former Barca boss Pep Guardiola to rest key players. But the Spanish and English contenders are having to play superior opposition week in and week out – which helps keep the teams on their toes far more. So – barring injury – a highly competitive domestic league can actually have a beneficial overall effect.

Perhaps, then, we should look to Stamford Bridge for the best overall value. Jose Mourinho’s Chelsea are currently fourth favourites behind Bayern, holders Real Madrid, and Barca at around 7/1. But this is surely the trophy the “Special One” wants more than any other with Chelsea as it has eluded him so far (though of course he managed to win it with both Porto and Inter Milan).

The West Brom board’s decision to sack Alan Irvine after a run of three straight defeats is difficult to argue with.

With the Baggies sat in 16th place, just one point above the drop zone, following a 2-0 defeat to Stoke City, the situation at the Hawthorns had become critical and time was running out to act. The fact that Tony Pulis was looking for work made the decision to remove Irvine a real no-brainer.

Manager of the Season
Pulis’ stint as Crystal Palace manager ended acrimoniously just before the Eagles kicked off their 2014-15 campaign. After guiding Palace to 11th place last year and picking up the Premier League manager of the season award, it was only a matter of time before he was back managing in the top flight.

Under Pulis, Palace went from relegation favourites to mid-table safety in the space of just six months, recording famous wins over Chelsea, Everton and West Ham United in the process. Having agreed to take over at the Hawthorns, you can follow the odds of Pulis repeating the feat with West Brom and keep track of other betting news at bluesq.com.

When he took over at Palace, Pulis looked to implement an attractive brand of football, playing their way out of trouble and making Selhurst Park a difficult place to come. He will be looking to repeat the trick at West Brom but will first need to stabilise the Baggies’ defence. Having conceded 29 goals already this season, West Brom have struggled to make the most of any attacking supremacy that they have enjoyed.

With the likes of Saido Berahino impressing up front, Pulis has the attacking weapons needed to win games but he must ensure that his defence is stable enough to hold on to a lead. The recent 3-2 capitulation at QPR is a classic example of the kind of performance that Pulis must act to prevent.

Signing of the Season
There are few Premier League managers with Pulis’ survival credentials. If anyone can turn West Brom’s season around then he is the man. With the January transfer window now open, it is possible that the Baggies’ appointment of Pulis could be the best signing that any club makes this season.