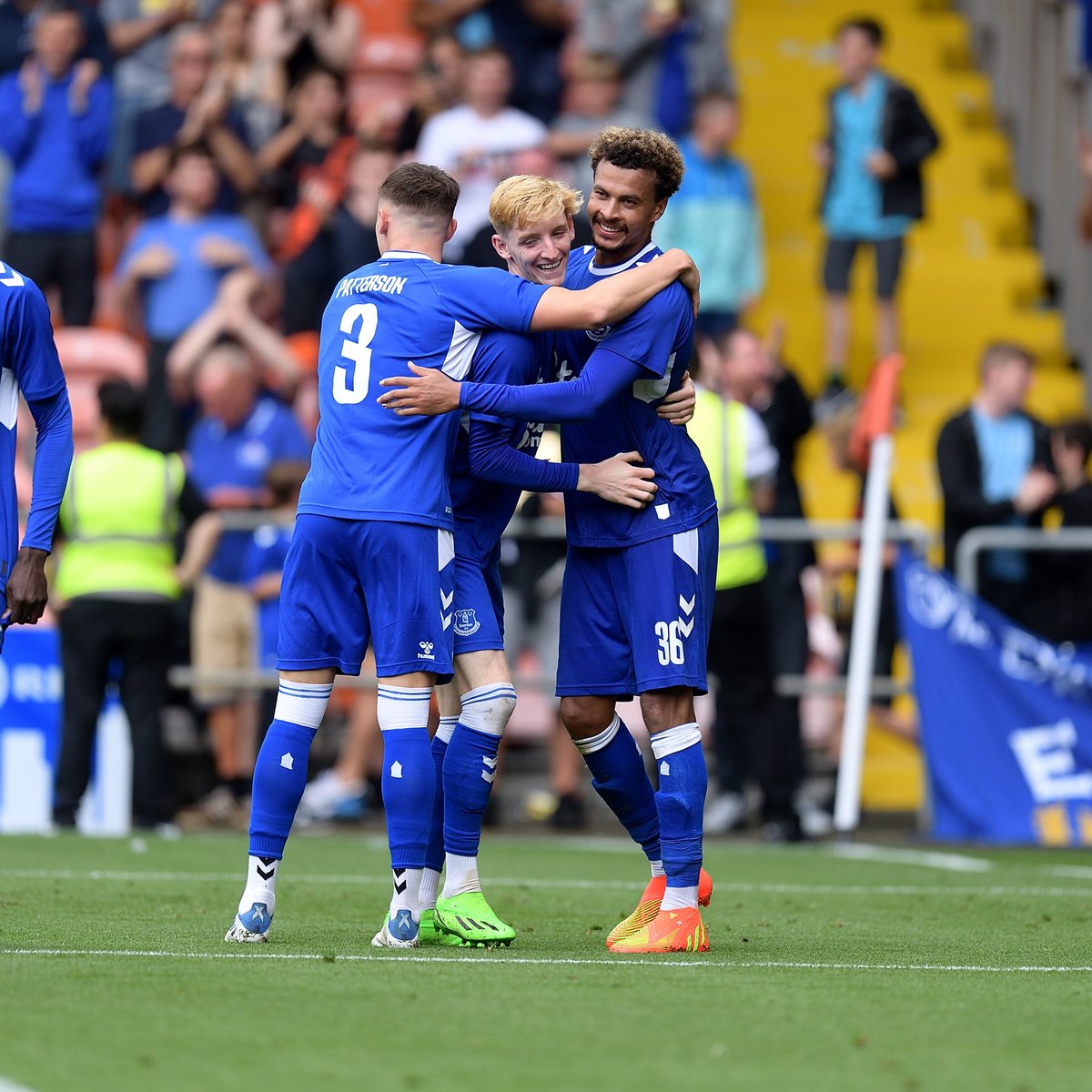 Merseyside outfit Everton have not had the best of pre-seasons with fans protesting the ownership of the club under Fahad Moshiri while James Tarkowski is the only major arrival at the club this summer and it was a free transfer. Tarkowski became a free agent after his contract with Burnley ended last month with the Clarets down in the English Championship having been demoted from the Premier League last season. At the moment, Everton have issues with Financial Fair Play (FFP). To this effect, they have to be careful with their expenditures.

For the Blackpool game, Ukrainian international left-back VitalyMykolenko scored the opening goal on six minutes before midfielder and Everton Academy graduate Tom Davies doubled the lead for his team. Gary Madine pulled one back for the Tangerines to ensure that Everton went into the break with a one-goal advantage. Dele Alli regained the two-goal advantage for Everton with the first of his two goals off the delivery from the abovementioned Mykolenko before the deficit was reduced to one again by former Everton player Callum Connolly. Alli then completed his brace off the assist from right-back Nathan Patterson to seal the result.

Everton were able to win their first game in pre-season with the result against Championship team Blackpool. The Toffees will play their last pre-season game this summer against Ukrainian team Dynamo Kyiv on Friday.