Merseyside giants Everton are open to the sale of Andre Gomes. This is according to the report from English publication Daily Mail which stated that the Toffees won’t mind his exit this summer as manager Frank Lampard tries to build a formidable squad ahead of the new Premier League season. 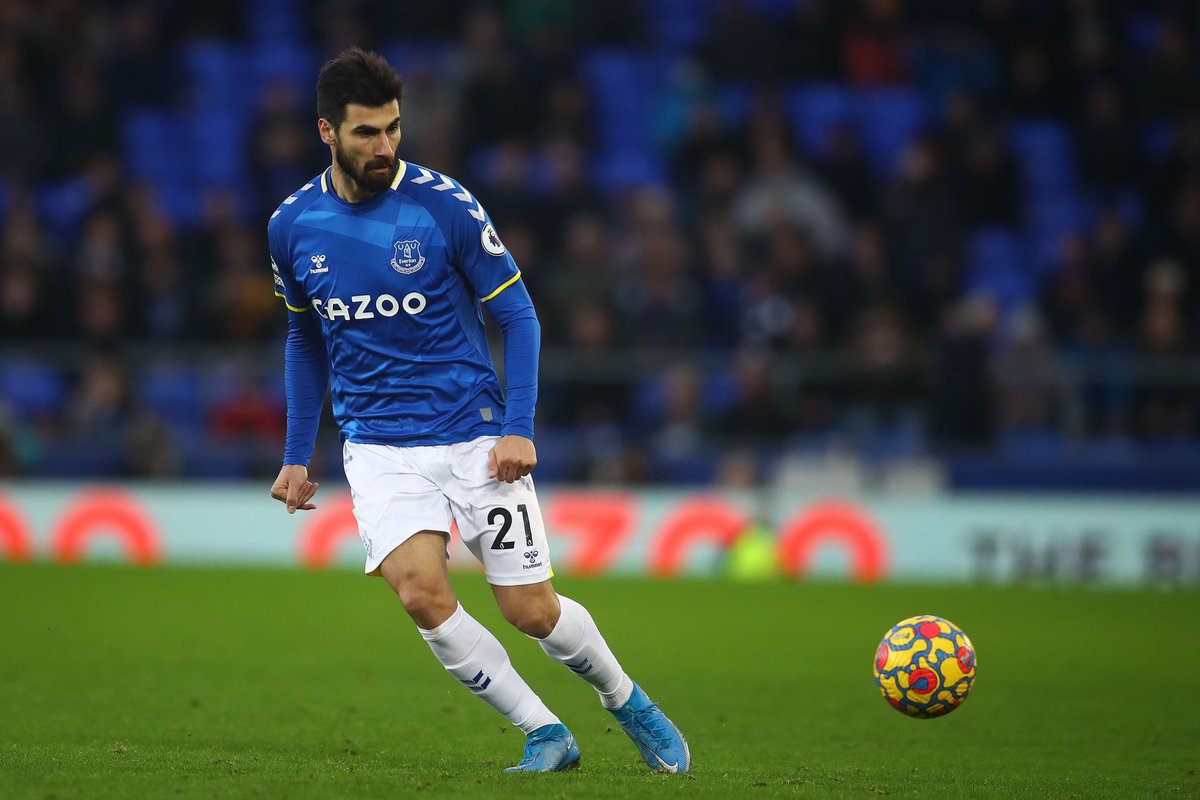 Another English publication Daily Mirror reported some weeks ago that Portuguese clubs such as Sporting Lisbon and Benfica want to sign the ex-Barcelona and Valencia midfielder in this transfer window.

Everton fans had high hopes for Andre Gomes when he joined the club from Spanish La Liga giants Barcelona three years ago, but he has not been able to live up to their expectations partly due to his injury record. He sustained a serious ankle injury three months into his Everton career, but he was able to bounce back from the injury. It must be pointed out that since the injury in 2019, Gomes has not been able to get to the level he reached in the opening months of his Everton career as regards his form. The Toffees paid around £22m to sign Gomes from Barcelona.

For the potential sale of Andre Gomes, Everton might need to take a financial hit for the transfer to see the light of the day.

During the penultimate league season, 28-year-old Gomes made 28 appearances, but he has not been able to reach that tally since then. His playing time at Everton has been affected further with the arrival of manager Frank Lampard at the start of the year. Chelsea legend Lampard has preferred the likes of Allan, AbdoulayeDoucoure, Mason Holgate and Tom Davies to Andre Gomes since he became the Toffees manager. Lampard and Everton are also interested in signing Brazil international Paqueta to strengthen their midfield. The former AC Milan star is also a target for Arsenal and Newcastle United.