Lothar Matthaus says that Carlo Ancelotti has been able to talk a deal with one of the best centre back of the current times. According to the Spanish sports outlet Sport, Everton had discussions with Jean Clair Todibo who is now currently playing for Barcelona as a centre back. 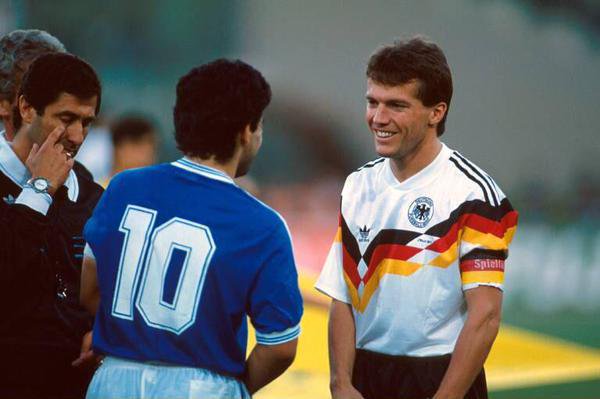 Todibo joined Barcelona in January 2019 from the French club Toulouse and appeared for five matches in Barça. Later he was given to Schalke for loan where he performed well which attracted many clubs.

The 20-year-old has been playing along with Jonjoe Kenny who was loaned to Schalke. Todibo with just seven appearances for the club has made an impressive performance which has put him under the radar of many clubs.

Matthaus, winner of Ballon d’Or 1990, after watching the player against Inter Milan in the Champions League has quoted that he is the best centre back he has seen after a long time.

“He would be a good reinforcement for Schalke and an enrichment for the Bundesliga. At 20 he is incredibly calm, he always finds interesting solutions,” saidMatthaus.

The coronavirus pandemic has shaken the football world financially and even the big clubs has been affected by this. The current situation has forced to lessen the transfer fees and Barcelona has been trying to sell a few players in order to compensate for the deal to buy Lautaro Martinez.

Barcelona has offered the deal to be £22 million and Everton has agreed for £17.5 million and rest will be given on add-ons. Both the sides are negotiating on the transfer deal, as Todibo has shown interest in the move to Premier League.

Todibo may not have played long for both Schalke and Barça but his game can be defined with his performance against Inter Milan in Champions League. Everton has been looking forward to upgrading their defensive section. They haven’t been able to bring replacements for Kurt Zouma and Phil Jagielka and the current defenders Michael Keane and Yerry Mina has not been consistent enough. If Toffees can bring Todibo, then it can improve their defence.