Everton have reportedly launched a formal move to sign Blackburn Rovers striker and Leeds United target Ben Brereton Diaz this summer. According to the Times, the Toffees registered their interest on Wednesday, August 24, and are now prepared to shell out £12million to secure the Chile international’s services. However, it’s understood that the Lancashire outfit are looking for £15million and believe an offer from Leeds will also arrive soon. 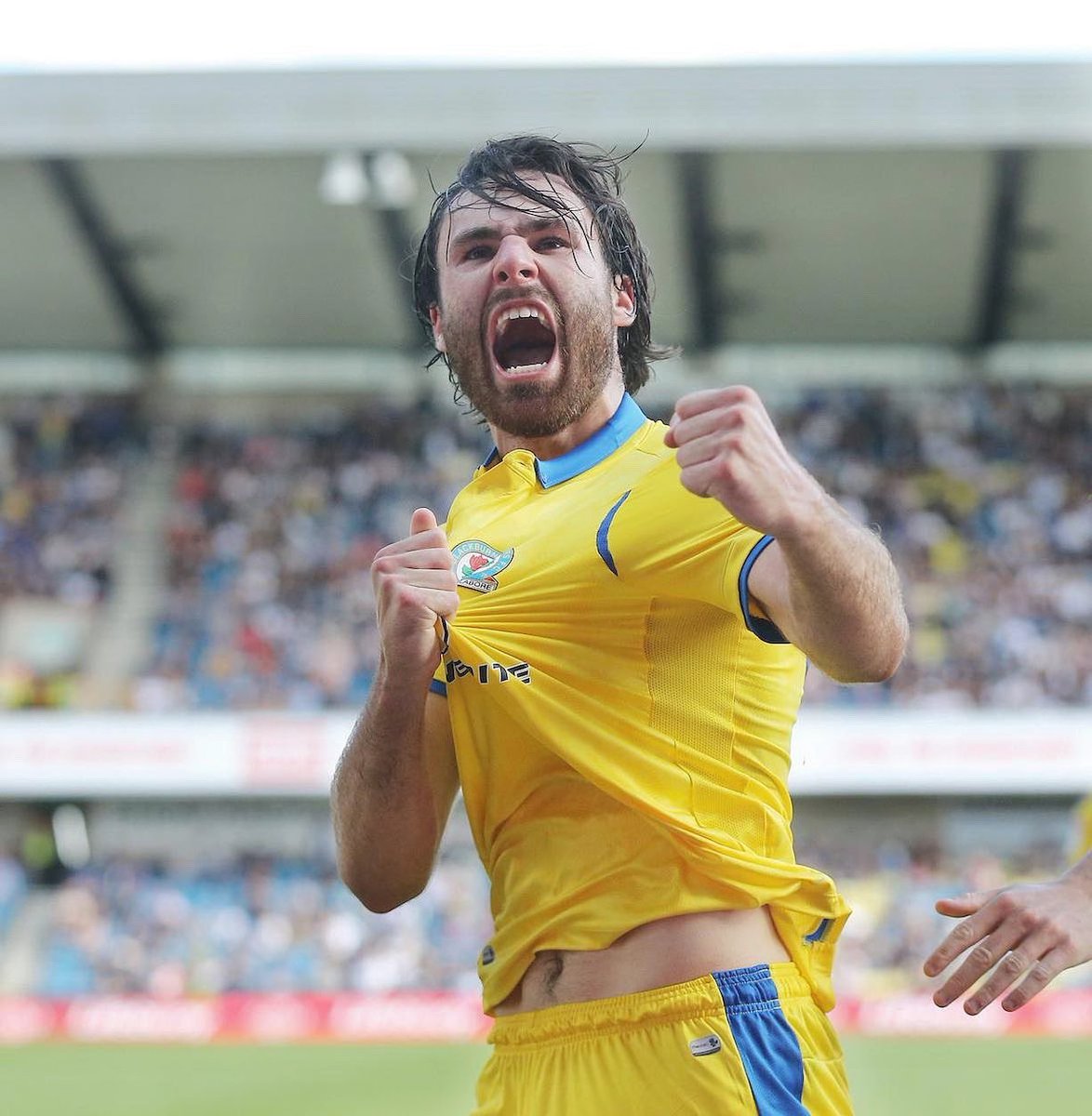 Everton have left it very late in the day to sign a replacement for Richarlison but it seems like they have identified the 23-year-old as a potential option. Of all the strikers linked recently, he appears to be the best option as he’s a goal machine – scoring 22 goals last season and already bagging a couple this time around. The Toffees will have to fend off interest from Leeds who are also looking for a striker and do not have the same financial constraints as the Merseyside outfit. END_OF_DOCUMENT_TOKEN_TO_BE_REPLACED

Kevin Thelwell’s remit as Director of Football is pretty clear – in the short term, keep Everton competitive in the Premier League; for the longer term, reduce the club’s wage bill and average squad age while improving the talent and depth. The signings that have come through the door so far during this summer transfer window has reflected that mix of players. James Tarkowski and Conor Coady address the glaring weakness of the defensive corps, while Dwight McNeil, Amadou Onana and Ruben Vinagre are all exciting young players that Frank Lampard can build around in years ahead. 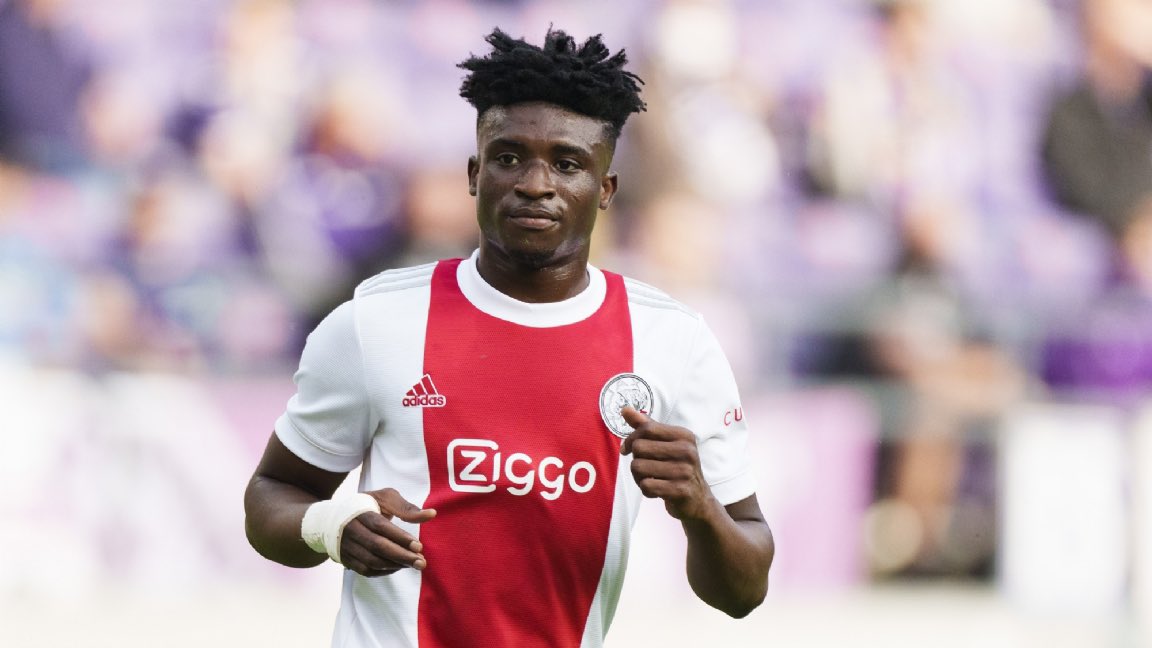 While the Blues still need to do more in terms of bringing in attacking help for the oft-injured Dominic Calvert-Lewin and the rarely-effective Salomon Rondon, they have certainly gone a long way towards addressing the need for more skill and talent in the middle of the park today. As multiple media sources are now confirming the news broken earlier by Football Insider, Everton are close to signing the exciting 22-year-old attacking midfielder Mohamed Kudus from Ajax Amsterdam on loan, with an option for an outright purchase at the end of the season. END_OF_DOCUMENT_TOKEN_TO_BE_REPLACED 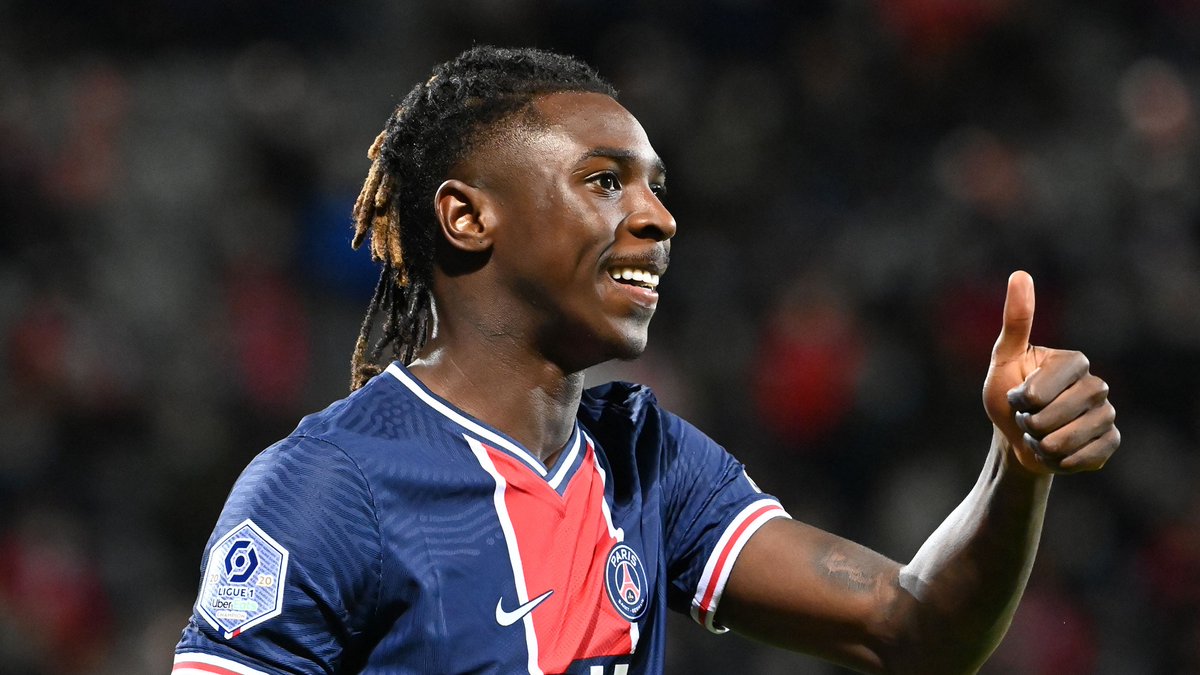 Kean left Everton to join PSG on a season-long loan some weeks ago. A PSG official has already talked up the possibility of signing the young striker permanently at the end of his loan spell, with the Italian international has scored five goals in seven PSG games in all competitions. END_OF_DOCUMENT_TOKEN_TO_BE_REPLACED

Marco Silva was very quick to defend Phil Jagielka after a disappointing display from the former England international against Fulham during the weekend. Everton fell to a 2-0 defeat against Fulham during the weekend, as the club lost a golden opportunity to make way into the top seven places of the league table. Everton were struggling in the midway point of the campaign, but they have now been able to find the winning touch once again. The recent wins over Chelsea and Arsenal have put Everton back in the frame for a Europa League spot along with the likes of Wolves and Leicester City.

Jagielka has not been featuring very often in the Everton team this season. The 36-year-old is towards the tail-end of his career and he has only featured in five games in the league this season. There have been just three starts for Jagielka prior to the appearance against Fulham. This is in comparison with the 2017-18 campaign when Jagielka featured in a respectable 23 starts. The lack of game time appeared to show, as Jagielka was constantly bullied by Fulham’s attackers, who eventually got the better in the second half with two goals. Jagielka’s performance received a lot of criticism on social media but the manager was quick to defend the veteran centre back.
END_OF_DOCUMENT_TOKEN_TO_BE_REPLACED

Marco Silva disappointed with away loss against Fulham

Everton manager Marco Silva watched his team fall to a 2-0 loss against Fulham during the weekend. This was a major blow to Everton’s objectives of at least trying to reach the Europa League places by the end of the season. The Blues had a major wobble midway through the campaign, but there were plenty of hopes raised when the team put together a string of three successive victories – including games against Chelsea and Arsenal. Just when Everton were aiming for a fourth successive victory in the league in order to keep up with the likes of Leicester City and Wolves, the team has received a major blow in the form of the loss against Fulham at Craven Cottage.

After a goalless first half, the hosts were able to get goals from Tom Cairney and Ryan Babel in the second half. It should be noted that Fulham have already been relegated from the Premier League and they are only playing for pride in the remainder of the campaign. Silva admitted after the match that Everton did not do enough in order to get three points at Craven Cottage. The defeat was a missed opportunity for Everton, who also watched Leicester City and Wolves lose during the weekend. There is still hope of Everton finishing in the top seven with four matches left.
END_OF_DOCUMENT_TOKEN_TO_BE_REPLACED

Everton manager Marco Silva wants more from Ademola Lookman after the youngster found the scoresheet during the recent 2-1 win over Lincoln City in the FA Cup third round. The 21-year-old opened the scoring for the Toffees on Saturday afternoon and the strike was his first for the club in over 12 months.

Speaking after the game, Silva highlighted that he was impressed with the performance of Lookman after his comeback from an injury. He added that he would like both Lookman and Bernard to score more often for the club in order to reduce the burden on the regulars finding the net, he said: “He did well. When Lookman got injured he was in a good moment and doing very well.”
END_OF_DOCUMENT_TOKEN_TO_BE_REPLACED 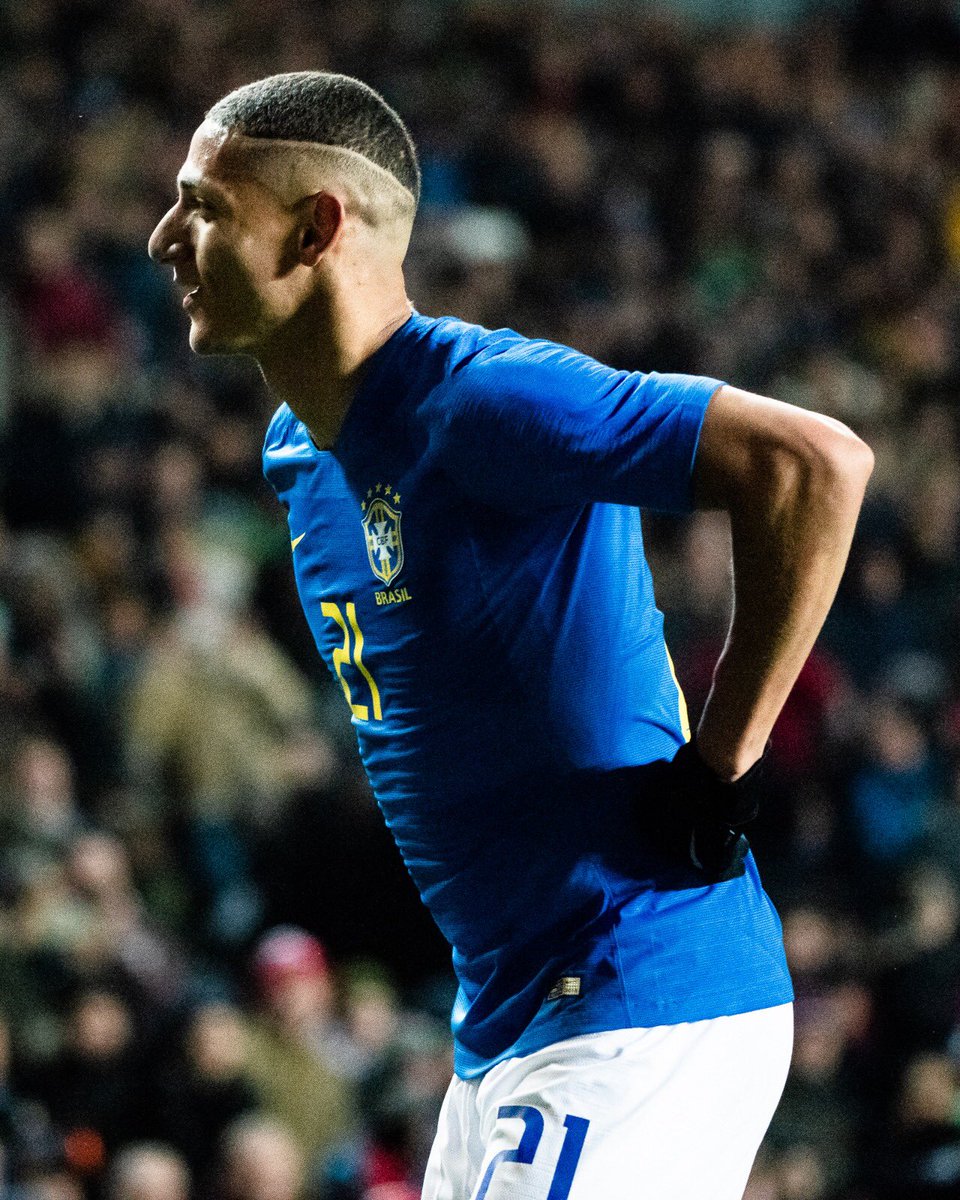 Amidst this, he has already become a regular with the Brazilian national team and speaking to the club’s official website, Yakubu has backed the young marksman to reach to the top, the loved Nigerian said: “Richarlison is smart and clever. I have watched him since he was at Watford. If he continues to do what he is doing, you will see the improvement. He is going to be a top striker. I think he can be right up there in the goal scoring charts.”
END_OF_DOCUMENT_TOKEN_TO_BE_REPLACED

Speaking to TalkSPORT, he said: “Everybody’s seen the drop off since Mario Silva (sic) left Watford, or maybe even before then. I think that he has seen him first-hand and worked with him on a daily basis so he is backing his own judgement. What I would say to be careful about though is, if you say you are buying potential, Everton fans do not want potential. If you’re buying Richarlison now as a future player, that’s not what Everton fans want to see at the moment. They want to see them fighting with the best and up there with the top four.”
END_OF_DOCUMENT_TOKEN_TO_BE_REPLACED 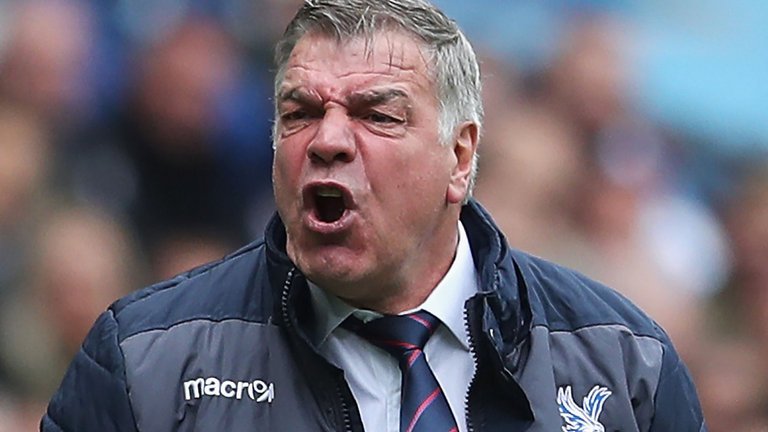 Speaking ahead of the final game against West Ham, Allardyce insisted that he has not had a negative influence on the Toffees and highlighted that the January signings of Theo Walcott and Cenk Tosun have made a difference towards the club’s campaign, he said: “We recruited two players who have been very influential in January, one that’s scored goals and one that’s both made and scored goals. END_OF_DOCUMENT_TOKEN_TO_BE_REPLACED 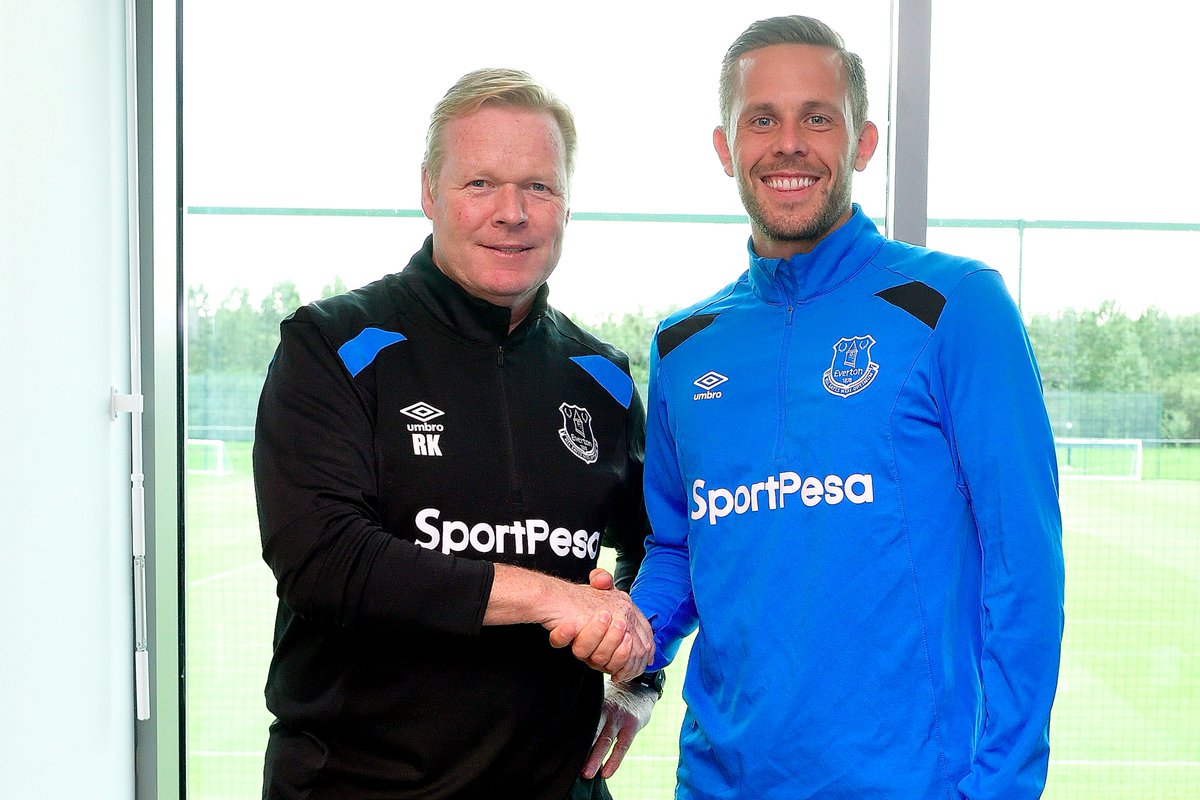