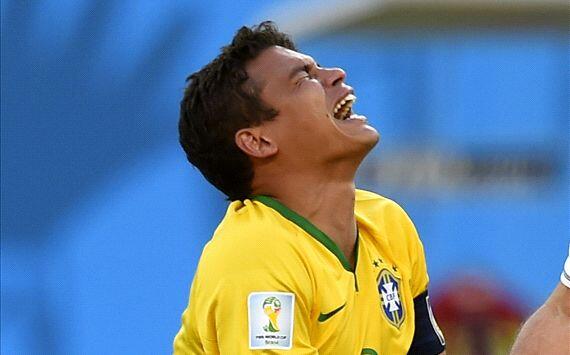 As the summer transfer window is approaching, there are many clubs which have shown interest in him. Many of the Premier League clubshave shown interest in him which includes Everton, Tottenham, and Arsenal.
Thiago Silva is the current captain of PSG and with Ligue 1 called off due to the outbreak of coronavirus, he will not be playing and only prefers to leave the club after Champions League. Silva rose to prominence after his transfer to AC Milan in 2009. Later in 2012, he was signed by PSG for €42 million thus becoming the second most expensive defender in football. While playing for the French club, he has won seven Ligue 1 titles, four Coupes de la Ligue.

Silva is also a prominent figure in the Brazil National team and has been playing in the team since 2018. He along with the team has won FIFA Confederations Cup 2013 and Copa America 2019. He has appeared in almost 80 international matches for his nation and has also captained the team.

As per Nicolo Schira,Everton have opened up discussions with Silva as a free transfer. He comments that with Carlo Ancelotti in the side of Everton it will be difficult for otherclubs to sign him. They both have shared experience in PSG which can serve as a positive thing for Everton. The club has lack of options in the case of defenders and can surely add Silva to it.

Everton will be returning after the three-month break with a match against Liverpool. They are currently standing in the 12th position in Premier League table.