Everton’s on-loan striker Henry Onyekuru has confirmed that he won’t be returned to the Jupiler League for the 2018/19 campaign. The Nigeria international joined the Toffees from KAS Eupen last summer but the inability to secure a work permit saw him join Belgium heavyweights Anderlecht on a season-long loan. 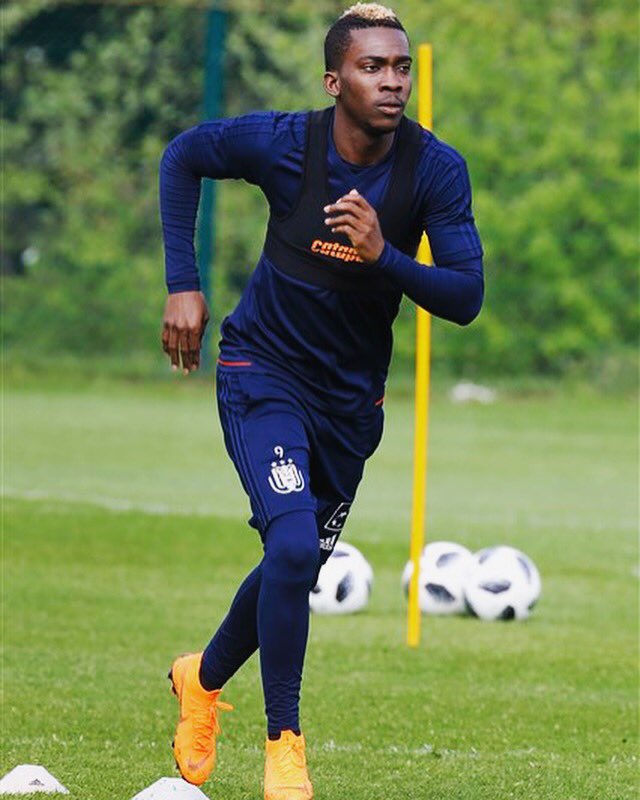 The 21-year-old thereafter contributed 10 goals for Anderlecht across all competitions but his campaign was hampered midway through the season after sustaining a long-term knee problem. Onyekuru is currently on the road to recovery following the setback but he is said to have no plans of returning to Belgium with Anderlecht. He told CSN: “One thing I can tell you for sure is that I won’t be playing in Belgium next season. There are offers from top clubs in Germany, Spain and in England but that depends on my work permit, we know how difficult that is.”

During his interview, Onyekuru hinted that there is potential interest from England, but the work permit is likely to hinder his chances of participating in the top-flight. Nevertheless, the Toffees have no plans to offload the Nigerian anytime soon and Marco Silva is expected to decide the fate of the forward once the players rejoin for pre-season training.

Meanwhile, Onyekuru spoke about the recent results of the Nigerian national side and the 21-year-old is confident that the Super Eagles will raise their game during the World Cup opener against Croatia, he added: “The friendlies should be used to correct errors in the team and also get solution to problems noticed. Many expected so much from them but they didn’t do well in the friendlies but trust me I know these players, I have trained with them, I am confident that they will raise their game on Saturday against Croatia to win.” Nigeria have not won any of their recent warm-up games with one draw and two defeats.